Asexual reproduction does not involve sex cells or fertilisation

As a result, the offspring are genetically identical to the parent and to each other (clones)

A gamete is a sex cell (in animals: sperm and ovum; in plants pollen nucleus and ovum)

This is because they only contain one copy of each chromosome, rather than the two copies found in other body cells 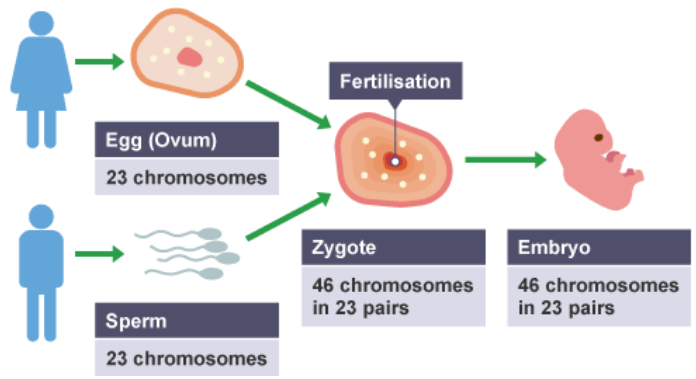 Flowers are the reproductive organ of the plant

They usually contain both male and female reproductive parts

Unlike the male gamete in humans (sperm), pollen is not capable of locomotion (moving from one place to another)

This process is known as pollination and there are two main mechanisms by which it occurs: transferred by insects (or other animals like birds) or by wind 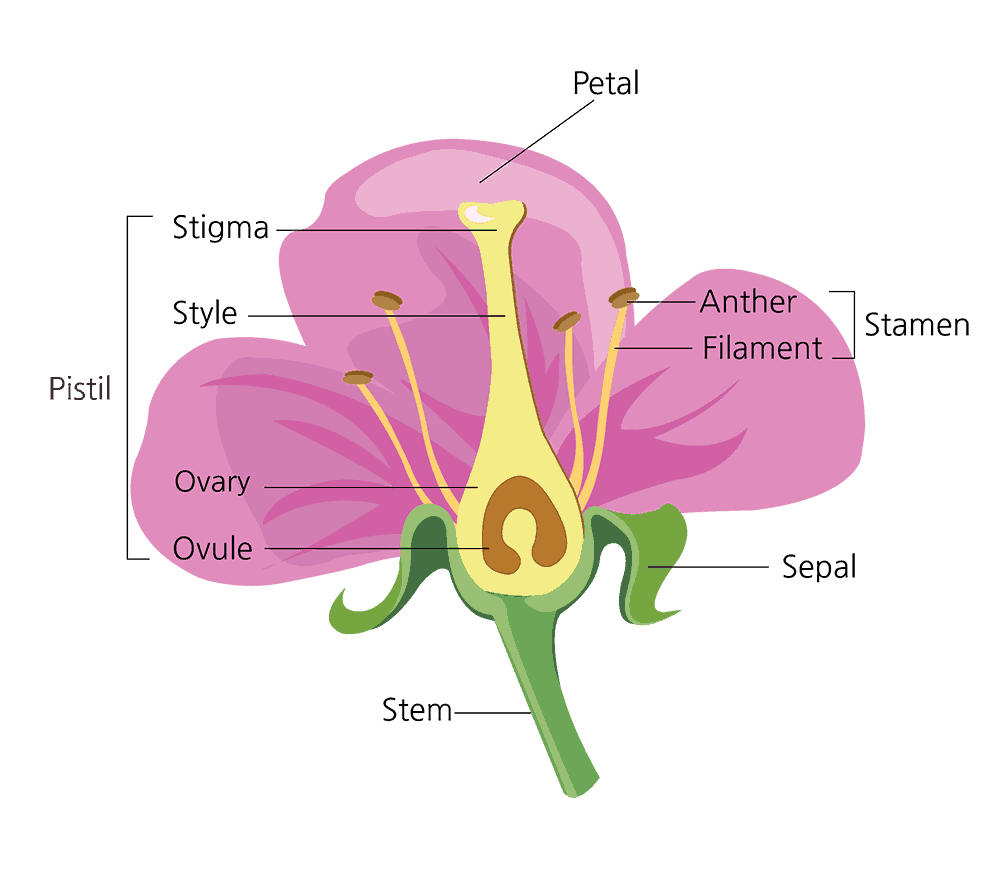 Germination is the start of growth in the seed

As CO2 is not necessary for germination but also does not inhibit it, it makes no difference whether it is present or not