Chromosomes coiled structures are made up of DNA and proteins.

When the DNA is not coiled it exists as a grainy substance called chromatin. 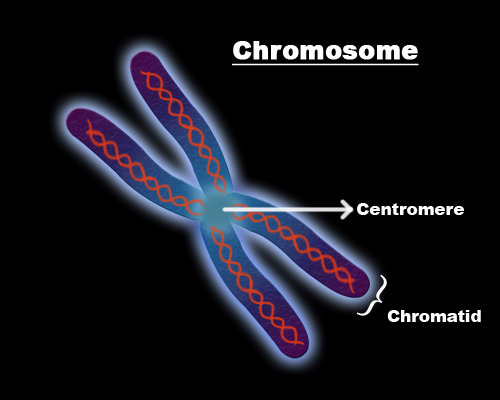 The DNA of a chromosome is encoded with genetic instructions for making proteins.

Nitrogen bases are held together by weak hydrogen bonds.

Nucleotides are held together by strong covalent bonds.

2. They can both be found in a cell's nucleus and help in the process of making proteins.

• Short pieces of RNA to help get the DNA polymerase started

– After all nucleotides are added to complement strand RNA

primer is removed and replaced with DNA by DNA polymerase

– Proofreads the strand before the backbone is finished (3rd

strand and a “new” strand. We call this Semi-Conservative

Replication (because part of the molecule is

The process in which cells make proteins is called protein synthesis. There are two stages with this: transcription and translation.

Transcription - It is the transfer of genetic instructions in DNA to messenger RNA (mRNA).

Initiation  - It occurs when the enzyme RNA polymerase binds to a region of a gene called the promoter. The enzyme is now ready to make a strand of mRNA with a complementary sequence of bases.

Elongation - During this process, an adenine (A) in the DNA binds to an uracil (U) in the RNA.

Termination - occurs when RNA polymerase crosses a stop (termination) sequence in the gene. The mRNA strand is complete, and it detaches from DNA.

Editing changes some of the nucleotides in mRNA

Polyadenylation adds a “tail” to the mRNA.

Translation - (occurs in the ribosomes) reads the genetic code in mRNA and makes a protein.

-Universal, all known living organisms use the same genetic code

-Unambiguous, each codon codes for just one amino acid

-Redundant, most amino acids are encoded by more than one codon

There are 20 common amino acids in proteins. 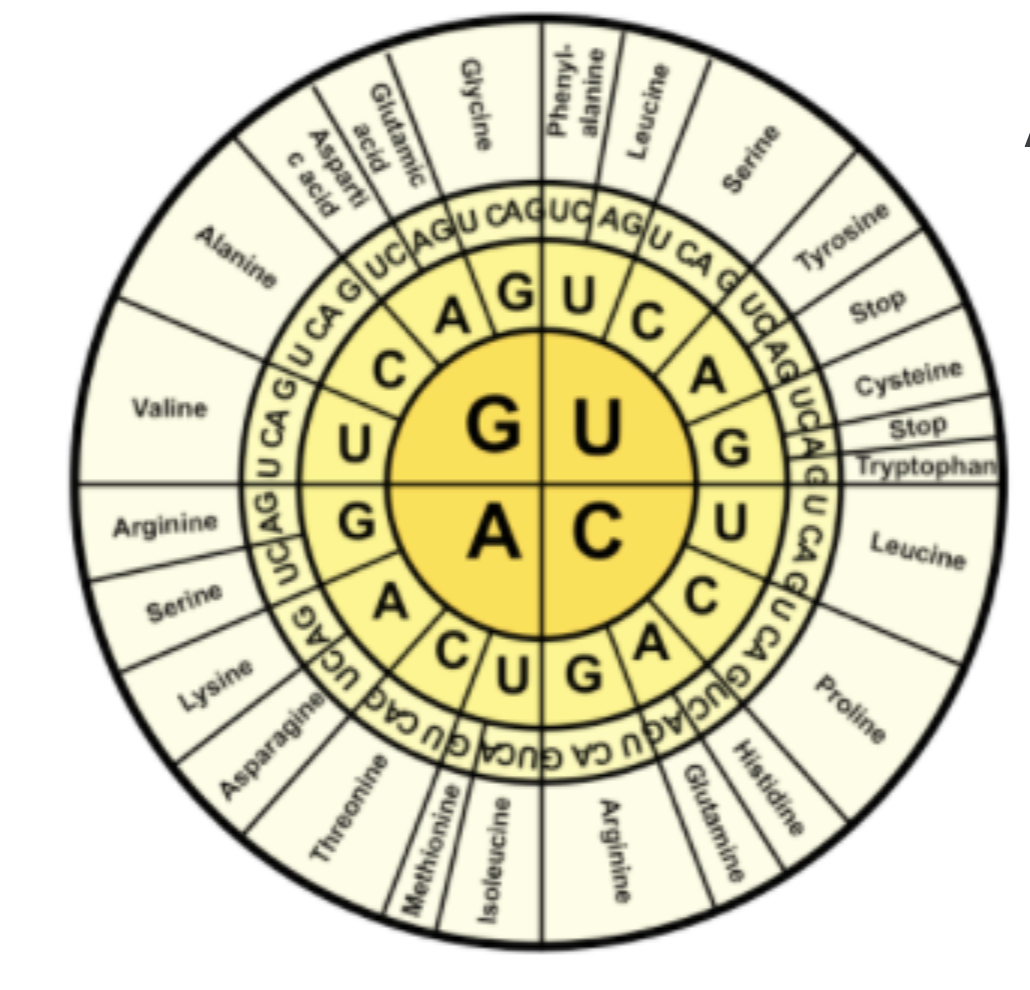